SPARC is pleased to announce Urban Rays, an Urban Office of Offensive Architecture (UOOA) project with an invitational presentation of works by Brazilian-born, Los Angeles-based photographer Andrea Oliveira. UOOA was established in 1994 in Paris by American architect-in-training and designer Wilber Williams. Its interdisciplinary projects have utilized public spaces for events that merge art and design, while responding to the needs of those that are marginalized within today’s society. Dedicated to groundbreaking exercises in the field of architecture, UOOA questions the pedagogical notion of whom architecture and design are meant for.

Urban Rays challenges an aesthetic and practical notion of the homeless paradigm existent in the Skid Row area of downtown Los Angeles. While facts and figures surrounding this area are daunting, it remains a place of desperate poverty, drug use, and crime. Los Angeles’s Skid Row is home to one of the largest stable population of transient persons in the United States. According to the Ninth Circuit Court of Appeals, approximately 11,000-12,000 homeless individuals live in an area no more than four by five city blocks. Space is available in SRO hotels, shelters, and other temporary or transitional housing for only 9,000 to 10,000, leaving more than 1000 people unable to find shelter each night. The Court sights that there are more that 80,000 homeless individuals in Los Angeles County on any given evening. The question remains: What is an alternative means of addressing this community?

In SPARC’s main gallery, UOOA will install a room-sized soft-sculpture house, made entirely from material scraps donated by American Apparel’s downtown factory. Using simple knotting and braiding techniques, UOOA constructs alternative and conceptual housing by utilizing resources and methods already existent within the area adjacent to Skid Row. Additionally, for the opening reception, a “milk crate city” will be constructed in SPARC’s parking lot, where attendees will have the opportunity to interact among sofas, tables, chairs, alcoves, dj booth, and food/drink service areas created entirely with plastic crates found commonly in the downtown community. Playing upon the duality of these materials’ inherent minimalist formal appeal and utilitarian qualities, these sculptural works are an extension of the community’s resourcefulness. 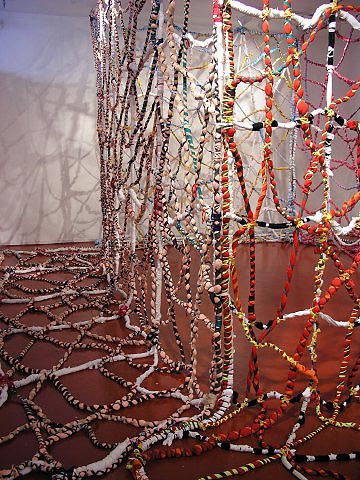 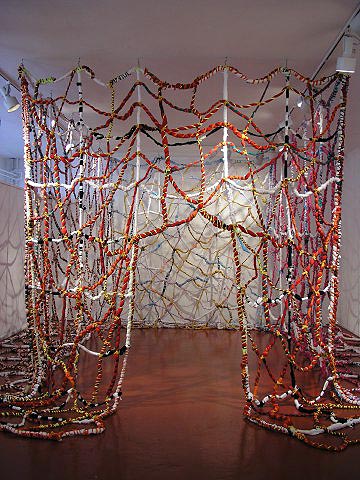 UOOA founder Wilber Williams, who completed a Master of Architecture Thesis at SCI-Arc and lives and works only a couple of blocks from Skid Row’s parameters, is seeking production techniques and an aesthetic that this community can live with solely by using the materials and prowess they already have access to. In an essay titled “Afrofuturist Paradigms: Bettering Our Community” Williams writes, “This thesis proposes that those of African-American slave ancestry flopping on the streets of downtown Los Angeles (Skid Row) are manifesting certain lifestyle paradigms that can be traced to continental Africa’s indigenous nomadic cultures. Additionally, when this contemporary culture of homeless community is linked to nomadic Africa through applied production techniques, there follows an awakened sense of cultural identity and self-pride on the streets. To demonstrate, I have undertaken two modalities: one of scavenging locally accessible materials, and the other of transforming these materials into new objects/products/environments (architecture) by using, in part, ancient and simple techniques like knotting, braiding and stacking.”

Additionally, Williams engages his surrounding community by opening his studio to select individuals and employs them to assist in his work while offering them wall space and art supplies to create and explore their own artistic voice. Williams’ ongoing relationship with those in need around him is an important aspect of his practice and speaks to activism though transformation.

In contraposition with UOOA’s installation, Andrea Oliveira’s photographic series addresses the artist’s own confliction with approximation to a community that at once mirrors poverty and underemployment in her native country and which is seemingly impenetrable to her as an outsider. In this new body of work, the photographer chronicles her own weakened sense of security, as she investigates the private practices of the members of this community as they are carried out in a completely public existence. Questions of defining one’s own profile as an outsider are explored as the artist examines what it means to be infringed through her own interpretation as an immigrant. On a larger scale, these works address more universally experienced emotions that society as a whole might feel when encountering the paradoxes of homelessness – wanting to help and not knowing how, being outraged by the existent conditions and yet being fearful of directly engaging someone from the community.

Wilber Williams completed his Masters of Architecture thesis at SCI-Arc in 2003, and received his Bachelors of Environmental Design from the School of Architecture at Texas A&M University in 1989. Exhibitions include Afrofuturism at The Soap Factory, Minneapolis, MN (2005); Harlem World: Metropolis as Metaphor at The Studio Museum in Harlem (2004); A Shoe, A Frock, A Place to Rest My Bones at SCI-Arc Public Gallery and The Black Diaspora: Crafting, Building and Dwelling in the World at the James M. Wood Community Center (2003). Williams founded and directed CLUB CLUB, a public space of arts, design and events in Paris from 1994 to 1999 where UOOA events took place.

Andrea Oliveira was born in Sao Paulo, Brazil and attended the University of Santa Cecila in Sao Paulo where she received a degree in social communications in 1997. In 1999 she moved to the United States to pursue a career in photography. She attended Santa Monica College and works commercially in the field of film and television.

This exhibition is generously supported by the Puffin Foundation. 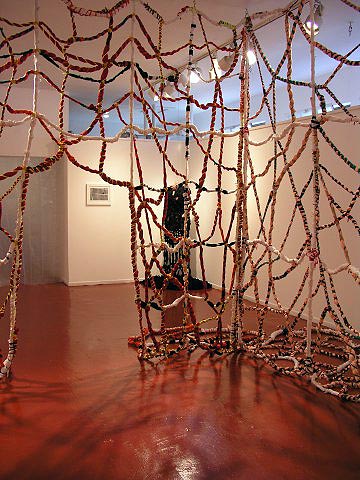 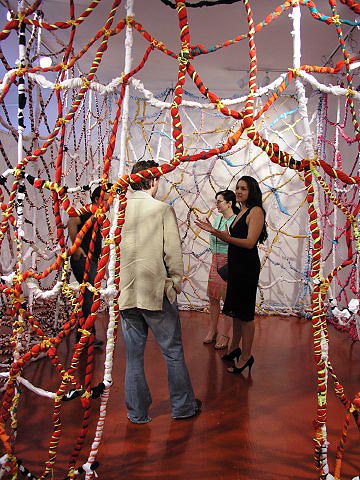 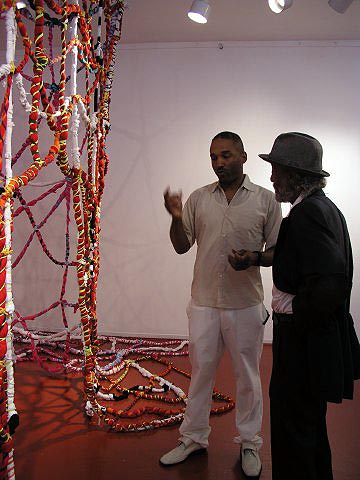 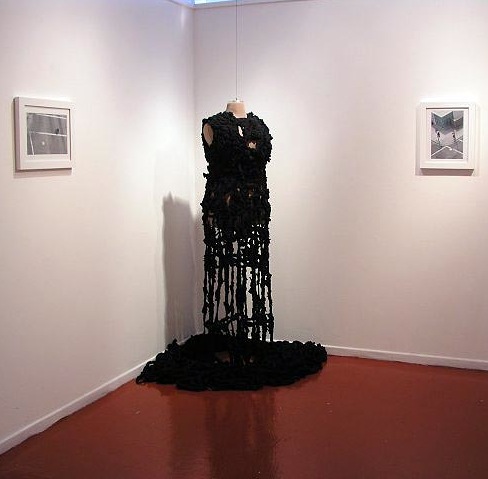 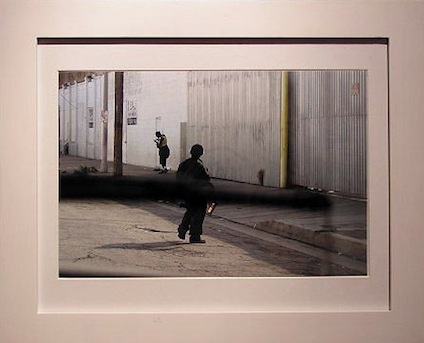 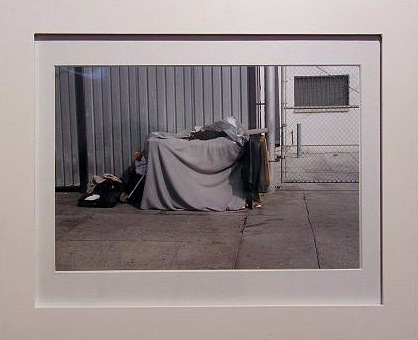 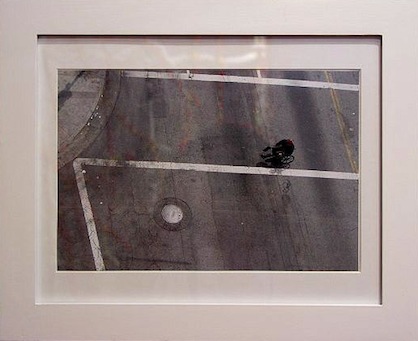 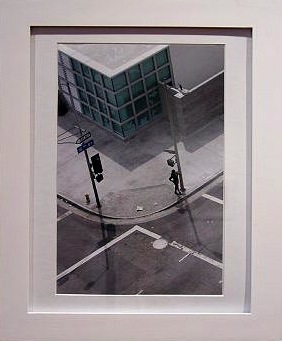 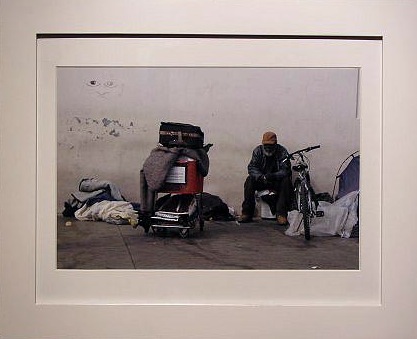 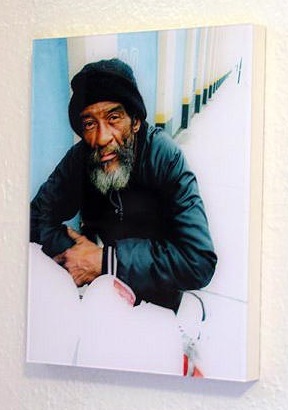 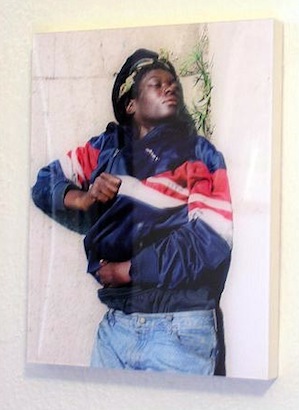 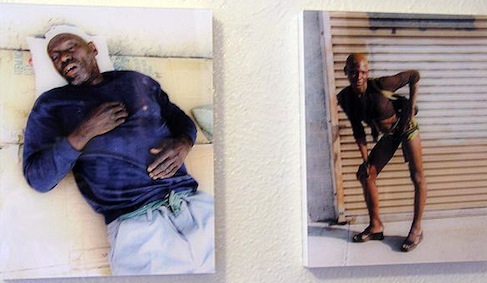 < Back To Main Gallery Exhibitions Page