Alfredo de Batuc grew up in Mexico and his work shows the rigorous training in drawing of Mexican art schools. His work is characterized by strong composition and his color is attained through layers of various hues producing a rich surface. His work can be found in private and public collections including but not limited to: Los Angeles County Museum of Art, California State Supreme Court Building (San Francisco), Museo Estudio Diego Rivera (Mexico City), Laguna Art Museum, Latino Museum (Los Angeles), and UCLA’s Fowler Museum of Cultural History (Los Angeles).

“Dolores Del Río” is part of SPARC’s Neighborhood Pride Mural program, whose intent is to create and represent the various cultural identities throughout Los Angeles neighborhoods. While it may not be a stretch to fathom how a 1920s movie star can be representative of Hollywood, the significance of the mural lies much deeper than the glitz and glam of the city. “In [the] Hollywood film industry, white supremacy is very mainstream,” de Batuc says. So when de Batuc responded to the call for artists for the Neighborhood Pride Program, he knew “that the subject matter was going to be Mexican—not necessarily about Mexican culture but about someone who was Mexican and contributed or was a prominent member of the Hollywood establishment in the past.” “That’s why I chose Dolores Del Río, de Batuc continues. 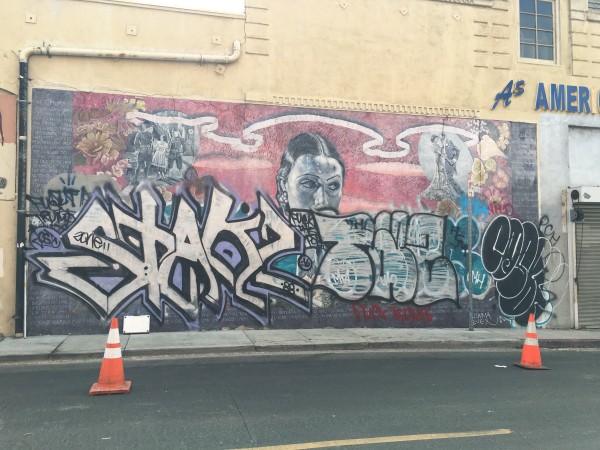 The mural has suffered sun and graffiti damage. 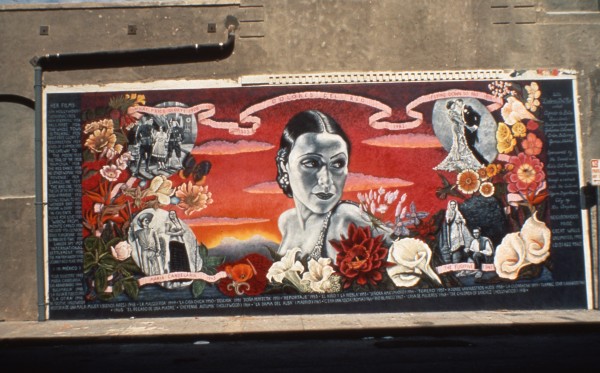 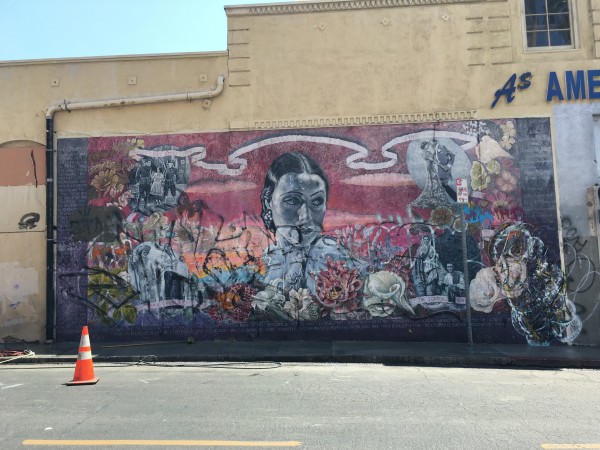 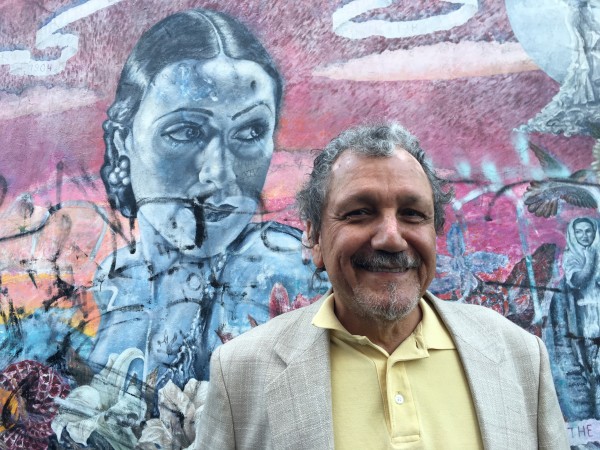 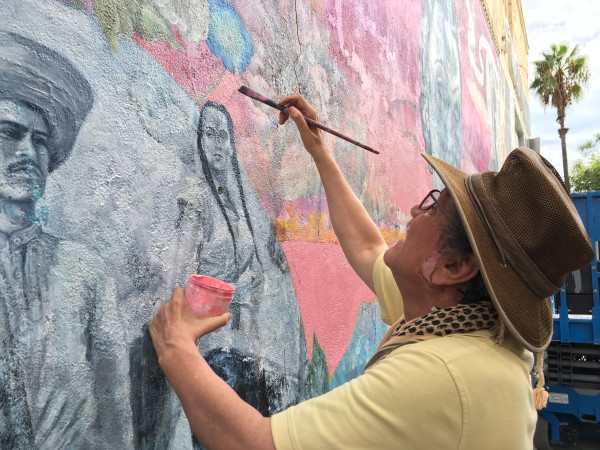 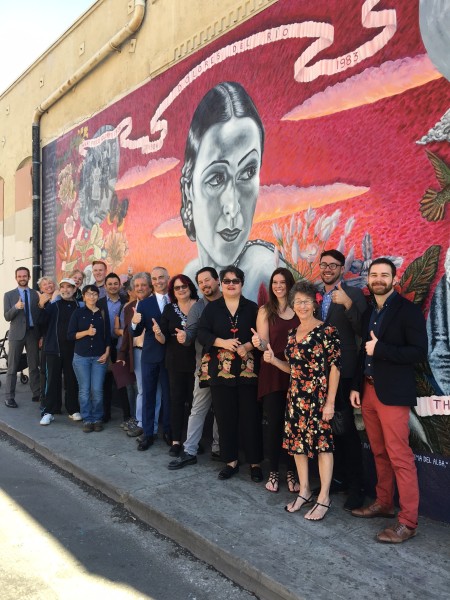 Artist, Alfredo de Batuc, along with SPARC Founder, Judy Baca and the SPARC team join Councilmember Mitch O’Farrell and his team in front of the fully restored Dolores del Rio!

Over the past two decades, “Dolores Del Río” had been unfortunately vandalized numerous times. Restoring and up-keeping the quality is an important part of telling stories, especially the politically driven and socially conscious messages to which SPARC is dedicated. Batuc notes: “When we see a picture from the past, from another culture or from our history, we don’t necessarily know what that moment in our history was, or what is being represented. But if it is well-done, it is enjoyed.” Like Dolores Del Río herself, we must make sure that stories like hers are never forgotten – especially in a place like Hollywood, a city that runs on the adage, “You’re only as good as your last performance…”