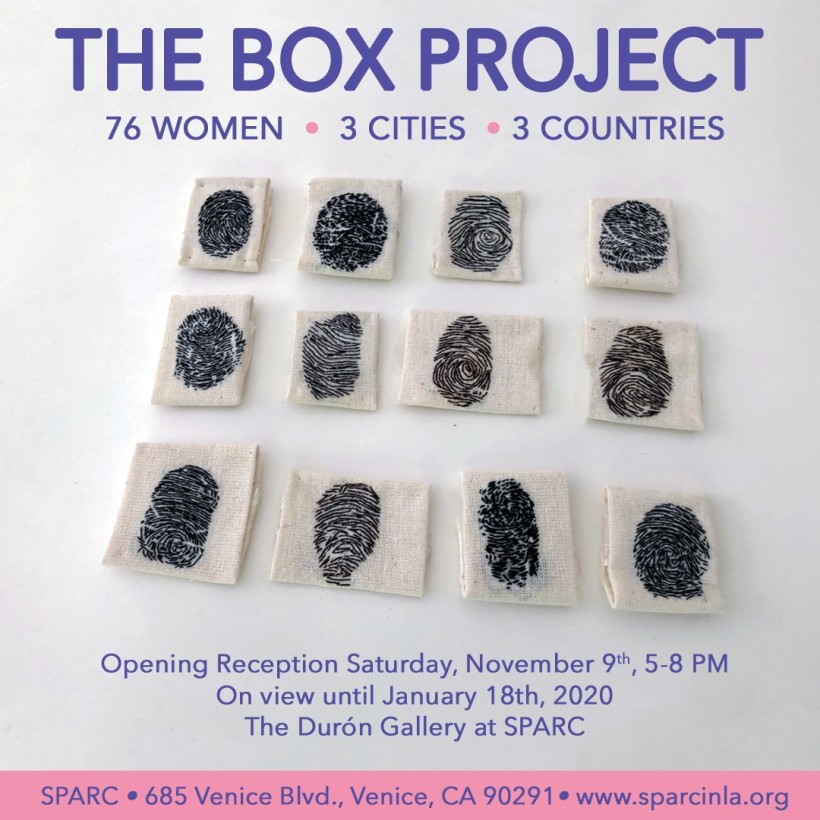 The Box Project originated in France where Rebecca Dolinsky assembled the Salonistas in 2015, a group of
creative women who meet regularly to talk about their work and support one another’s independent endeavors.
Dolinsky’s initiative soon inspired the creation of two sister groups, one in Mexico City and another in Los
Angeles, which quickly grew with women wishing to participate. Last year, Dolinsky imagined a way to exchange
works with the two groups. In a world that is increasingly virtual, she wanted to exchange something real, not
virtual, with the women in these two cities. The Paris Salonistas sent small artworks in the form of
matchbox-sized boxes to their sister groups, and responding to this generosity, the women in Mexico City and
L.A. sent works in return.

Made by artists, scholars, psychologists, curators, writers and community organizers, among others, the objects
that traveled between cities were many. This fluid exchange was born from the desire to communicate through
ideas, letters, and personal materials. Their authors produced the objects with the collective in mind. The pieces,
regardless of size or form, were to be viewed as a group. No singular creation was intended to stand separate
from the others.

The Women’s Salon in Los Angeles, Paris, and Mexico City would like to thank SPARC, its Co-founder and
Artistic Director Judith F. Baca, and its staff for making this exhibition possible. It would also like to thank Jeff
Young and Gloria Westcott of the Los Angeles County Museum of Art for the generous donation of display
vitrines. Finally, it is grateful to those who helped shuttle art between countries: Daniel Bally, Diana Magaloni,
Nicolás Mariscal, Roberto Rochin, and Haydeé Rovirosa. Much appreciation goes out to all the participating
artists, as well as their friends and family, for their hard work and support.

Click here for an article about The Box Project on Hyperallergic 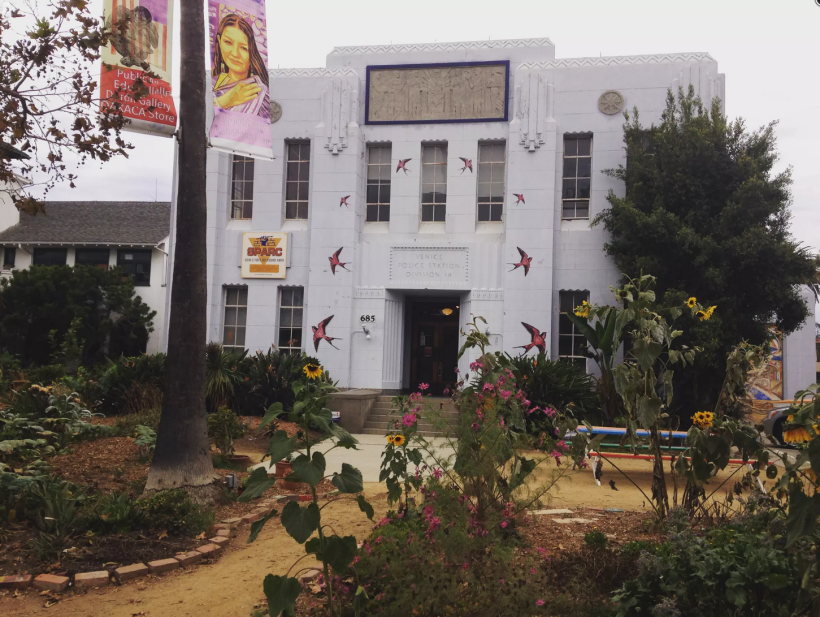 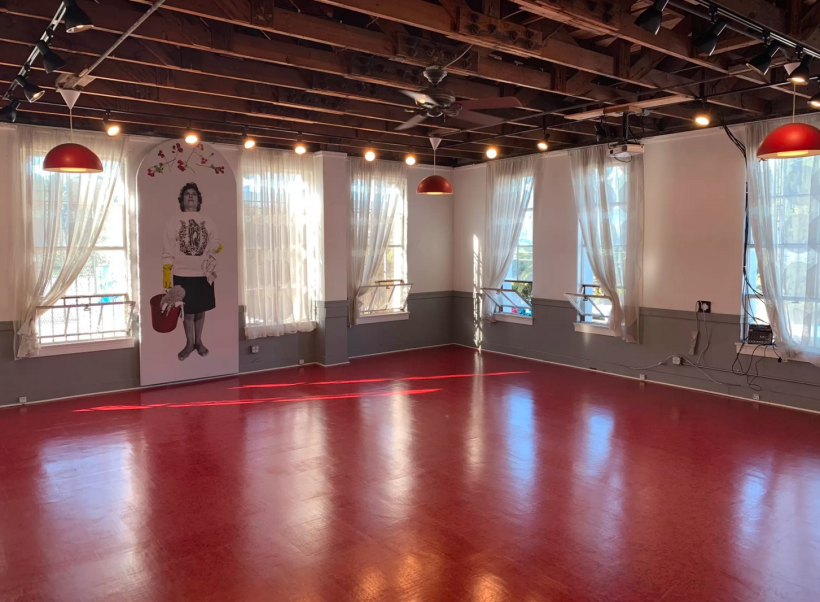 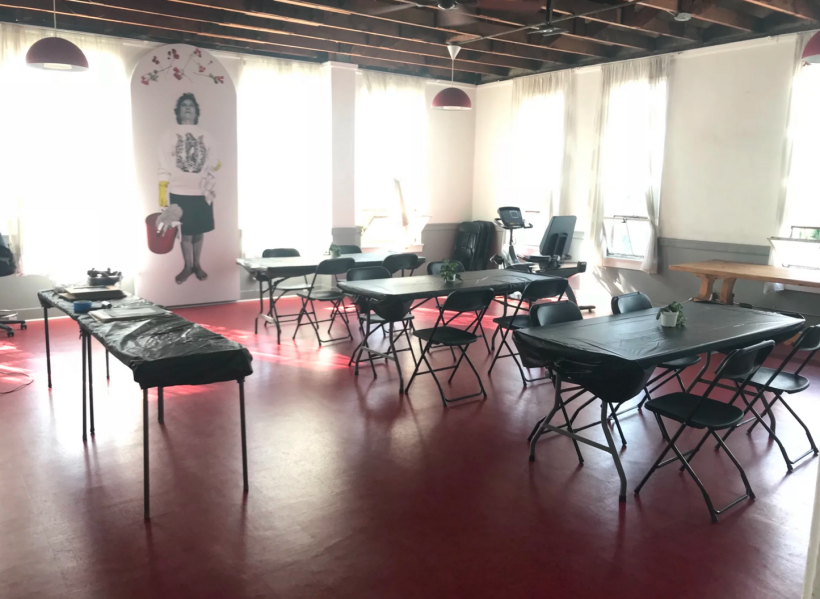 The Red Room is a second floor open space with great lighting, large windows lending to the fresh ocean air, and a/v. Great for conferences, retreats, private gallery hangings, workshops, and meetings. The space is 25 x 27 with an adjacent bathroom on the second floor of the Historic Venice Police Station. Home to many of the City’s murals, this space offers plenty of history throughout its building, including a gallery of rotating artworks, performances, and in progress public art productions. Located next to two large free public parking lots, with a community garden, and plenty of public space to relax in. The Red Room has its own entrance up two flights of stairs and is not ADA accessible. Amenities include high quality audio with a 8 channel mixer, digital HD projector and mini computer for presentations, dimmable track lighting, plenty of natural light, all gender bathrooms, plenty of free parking, private entrance, and plenty of folding chairs. The space can comfortably fit 35 sitting and about 40 standing. Walking distance from the beach and hip boutique stores, restaurants and coffee shops on Abbot Kinney.