City Wide Mural Program – Love is For Everyone 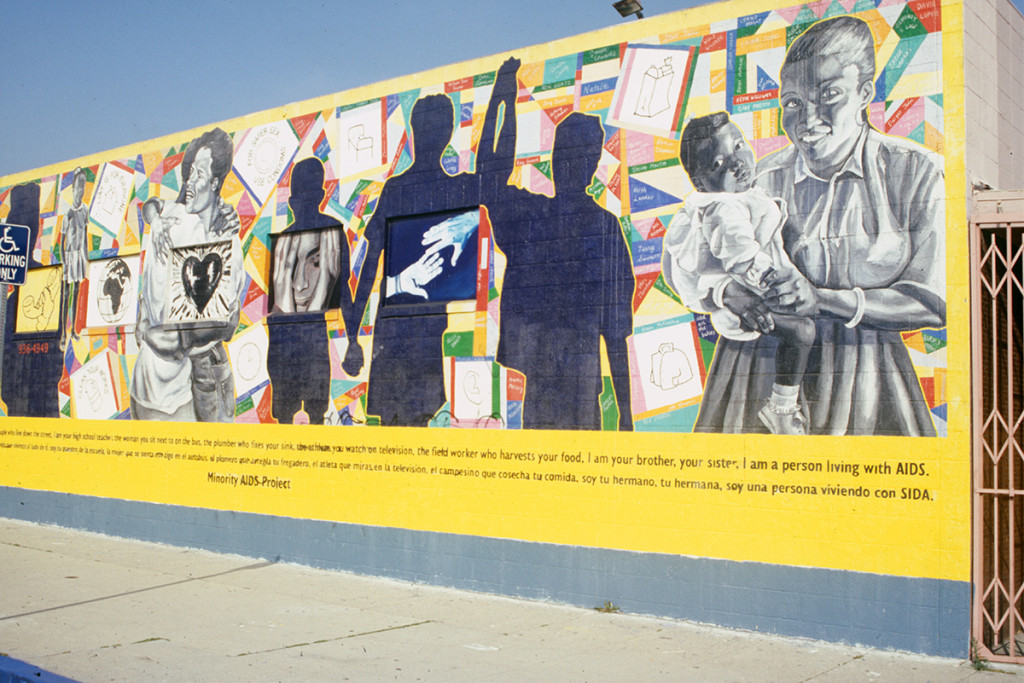 Based in Huntington Beach, Hughes has spearheaded various art therapy projects. Among them, running a self-portrait photography workshop for people with AIDS and being the artist in residence at Orangewood Children’s Home.

Text on the mural: “I am your co-worker, I am the married couple who live down the street, I am your high school teacher, the woman you sit next to on the bus, the plumber who fixes your sink, the athlete you watch of television, the field worker who harvests your food, I am your brother, your sister, I am a person living with AIDS.” The same text repeats in Spanish. 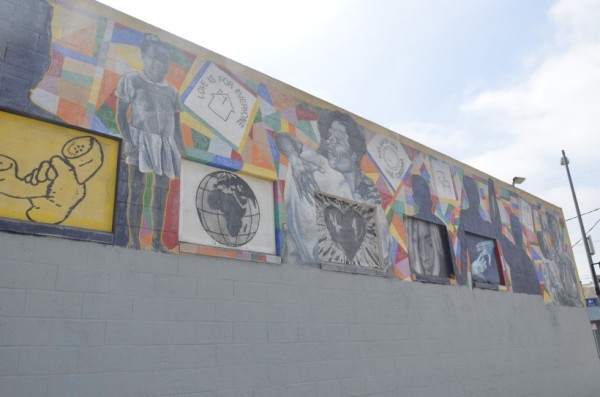 The mural has suffered slight delimitation and layers of gray paint on 60% of the mural. 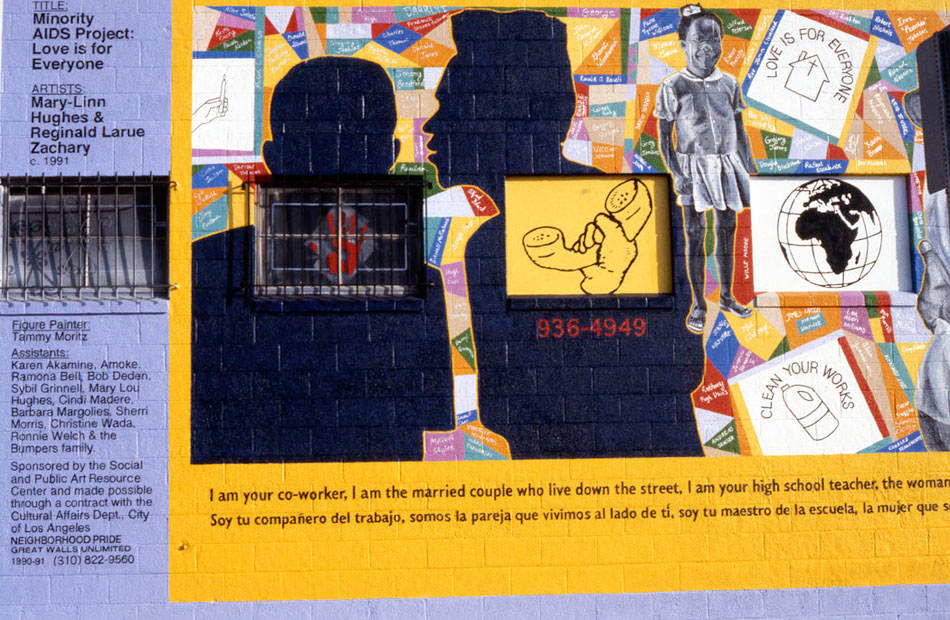 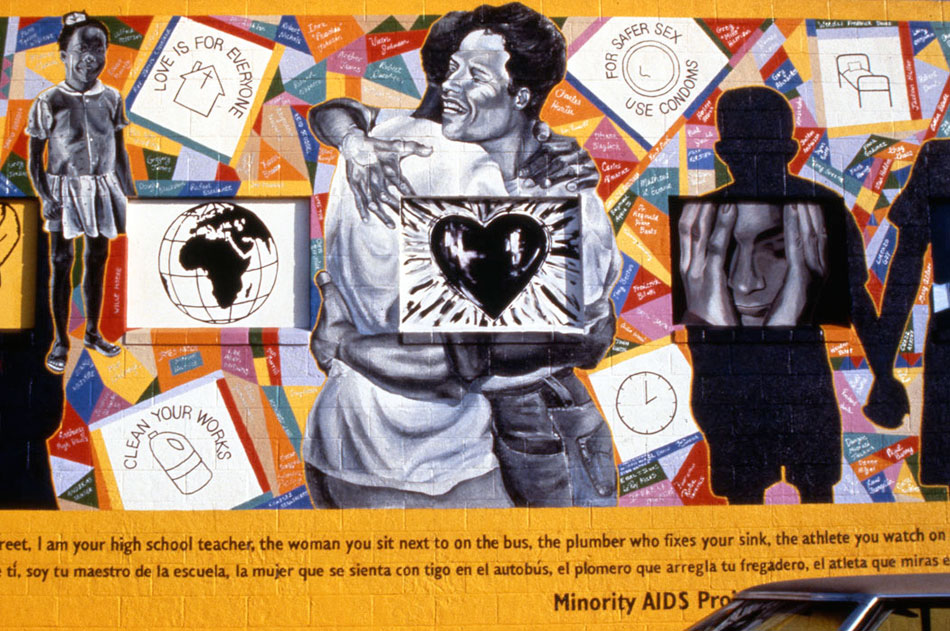 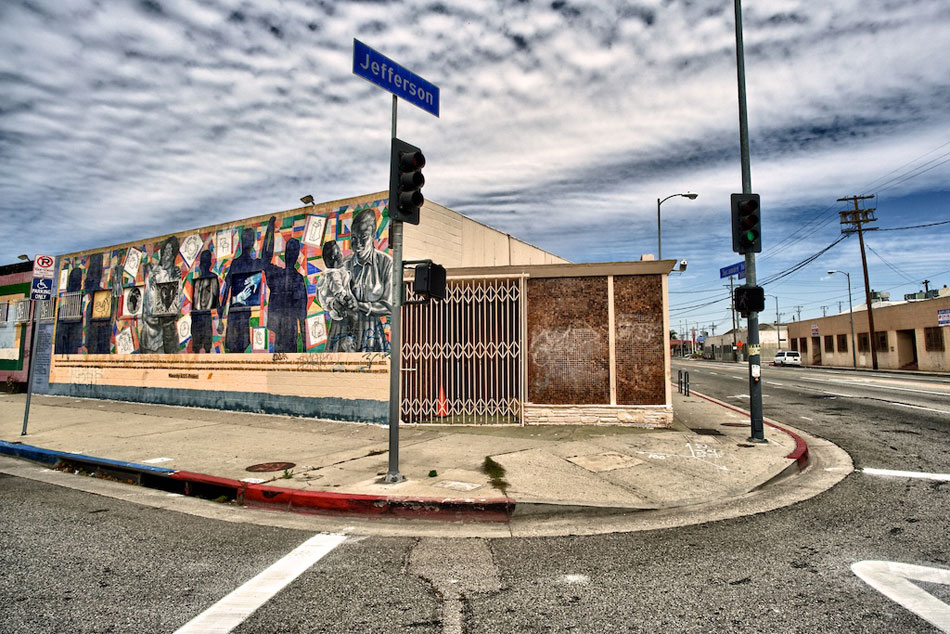 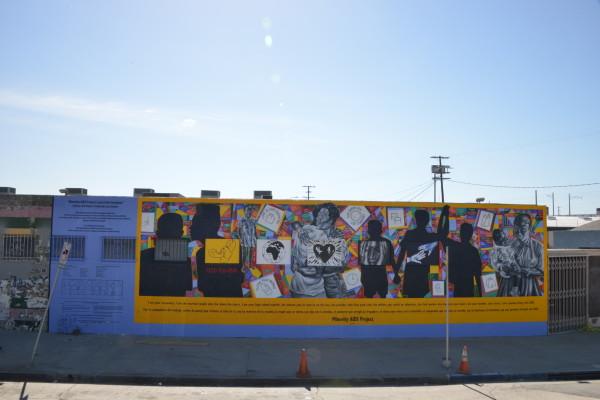 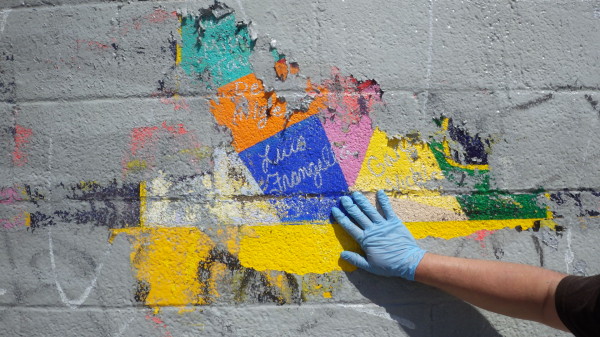 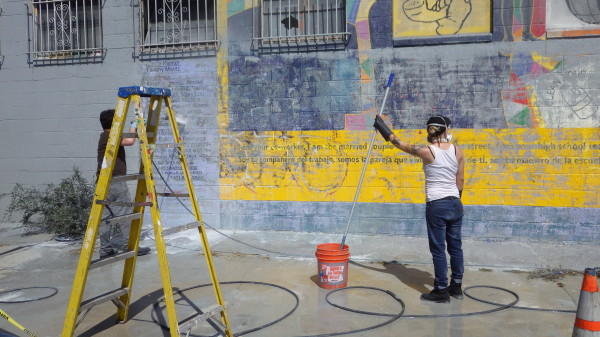 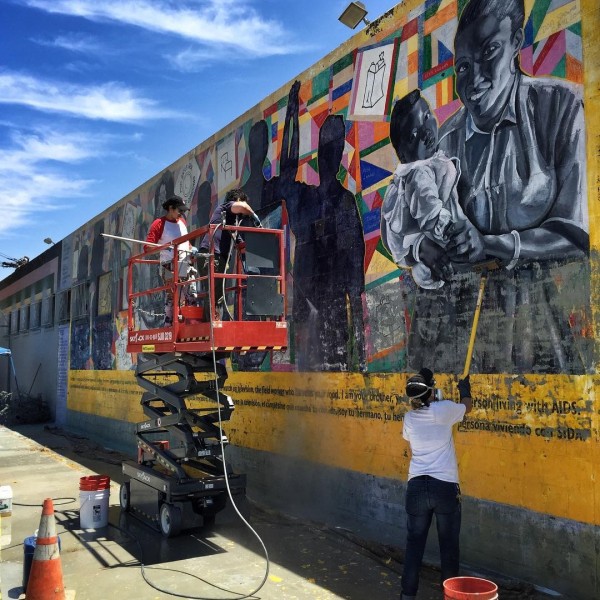 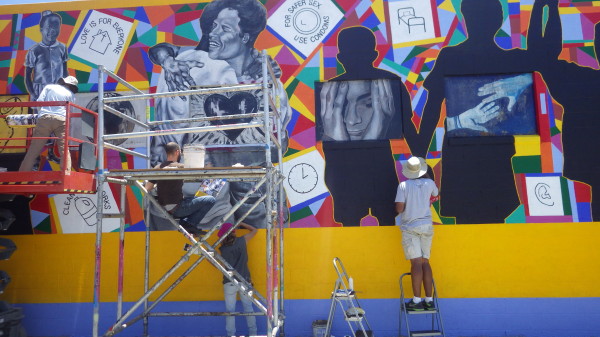 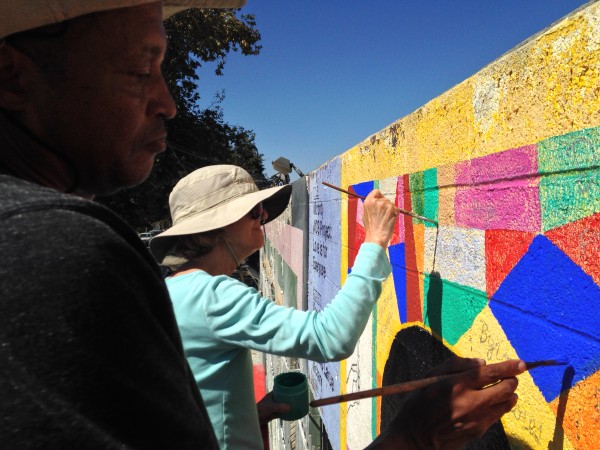 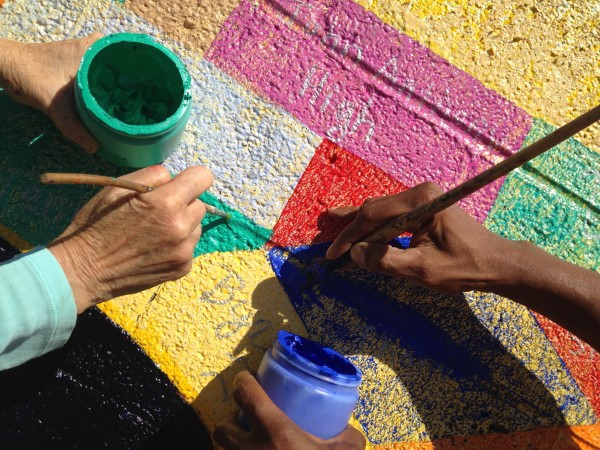 Twenty four years following its creation, one of the first public murals to address Acquired Immune Deficiency Syndrome (AIDS) is scheduled to be restored, revived, and renewed! “Love is for Everyone” by artists Mary-Linn Hughes and Reggie Zachary, was originally commissioned in 1991 as part of SPARC’s dynamic Neighborhood Pride Program… In recent years, the mural has remained on display as the public face of the Minority AIDS Project (MAP) building in mid-city Los Angeles with growing signs of vandalism and neglect. Today marks its revitalization after a decade long hiatus! With the generous support of the City of Los Angeles’ Department of Cultural Affairs, SPARC has organized funding for the murals on-going restoration and future maintenance so that it may rightfully continue to reflect the lived experiences and stories of the people who regularly frequent the space.