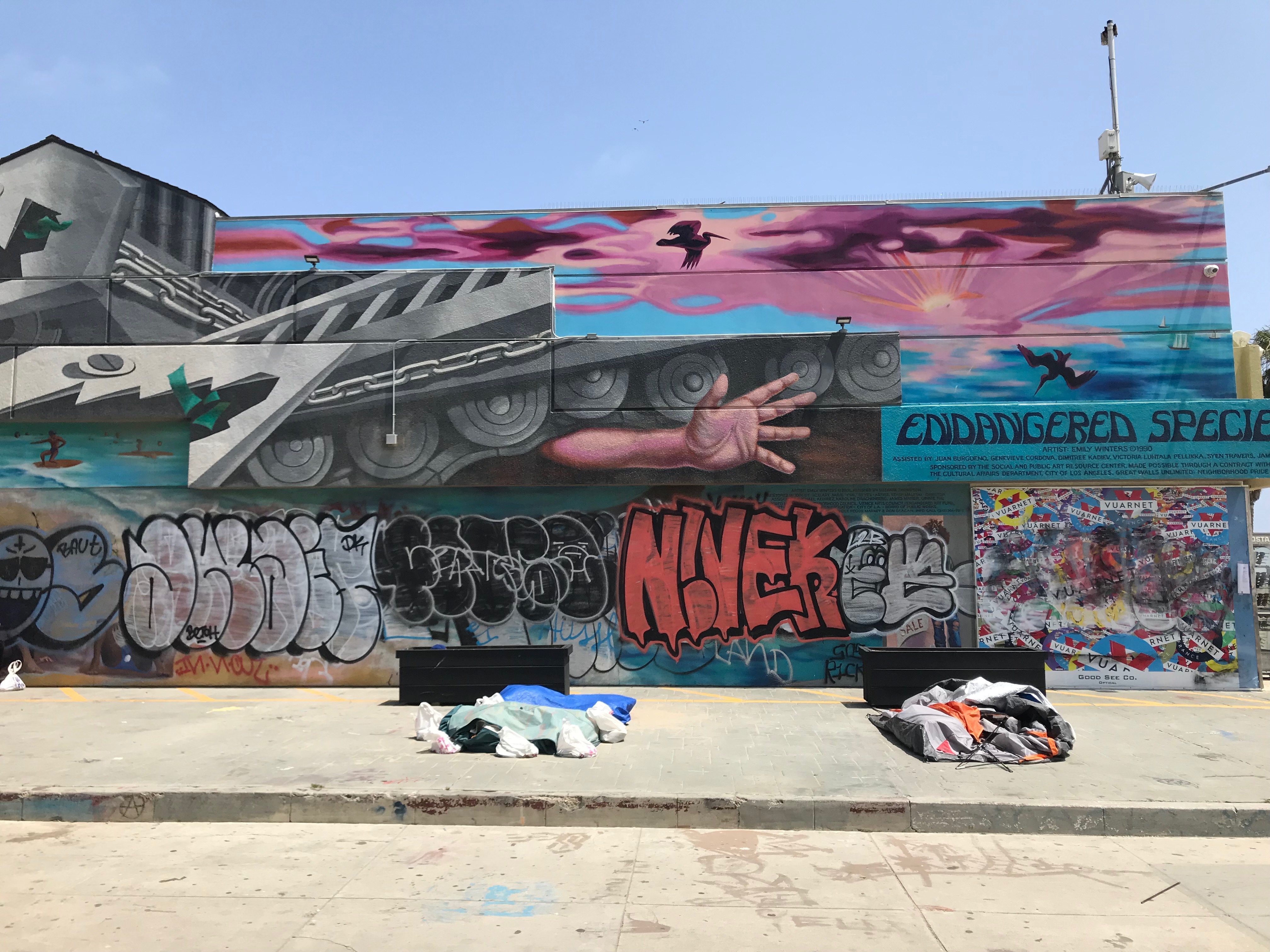 Emily Winters’ iconic mural on the Venice Beach Boardwalk at Ocean Front Walk and Park Ave, ‘Endangered Species’ will be restored next week by SPARC’s Mural Rescue team with support from the Venice Arts Council Endangered Art Fund, local Park Place residences, and the W. S. Scharff Foundation. Muralist and activist Emily Winters painted the mural in 1989-1990 with support from SPARC’s Neighborhood Pride Program. The restoration will repair areas of the work that have been heavily tagged with graffiti. The mural is protected by MuralShield™, a coating that protects public artworks from vandalization and UV damage, which allows for graffiti to be removed without harming the mural underneath.

‘Endangered Species’ depicts how the misuse of technology can harm both the environment and the quality of life for Venice Beach residents. The mural expresses the struggles of the working class, the elderly, and those experiencing homelessness in Venice during a period where the cost of living was rising quickly due to development projects. These issues of displacement and gentrification are still pressing today in Venice Beach and throughout Los Angeles.

Emily Winters co-founded the Venice Arts Council with Suzanne Thompson. She is originally from Illinois, where she received her BFA in drawing and painting at the Art Institute of Chicago. She moved to Southern California in 1963 where she studied with master billboard artist Mario Rueda. The restoration will be supervised by Emily Winters, Genevieve Cordova, Suzanne Thompson, and the SPARC Mural Rescue Team. SPARC carried out a similar restoration of ‘Endangered Species’ with Emily Winters in 2014 with support from the Venice Arts Council Endangered Art Fund.