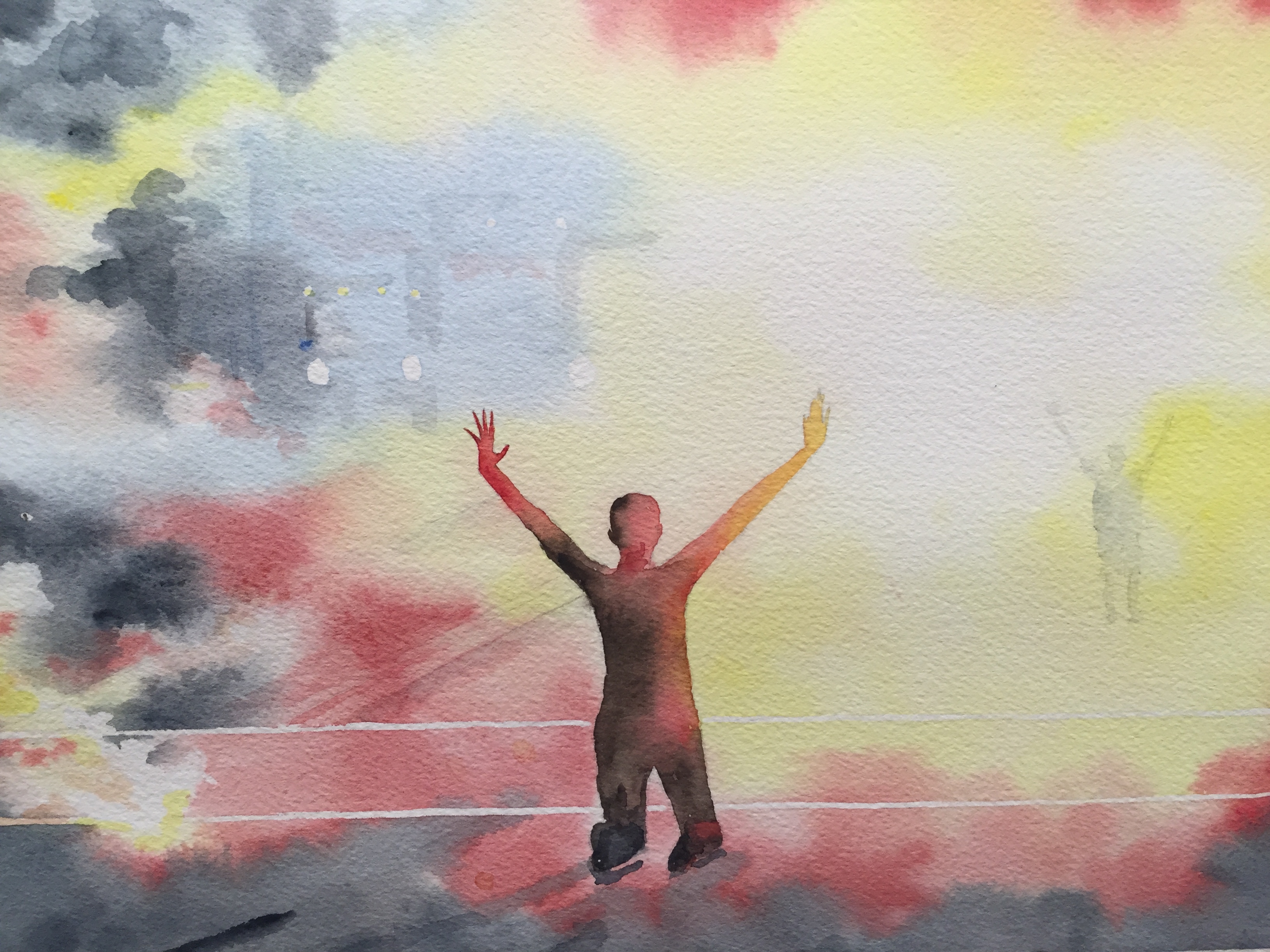 On April 2016, SPARC partnered with social media community Art Responders and founder/curator, Daryl Elaine Wells, to produce VIRAL: 25 Years from Rodney King. The exhibition marked 25 years since the spread of what is arguably the first “viral” video: the LAPD’s beating of Rodney King, which gave rise to the 1992 L.A. Riots. In continuing SPARC’s longstanding commitment to serving as a platform for critical dialogue and narratives to be heard, VIRAL: 25 Years from Rodney King played a part in breaking the silence about police brutality. (Top image: Untitled, Molly Segal, Water color) 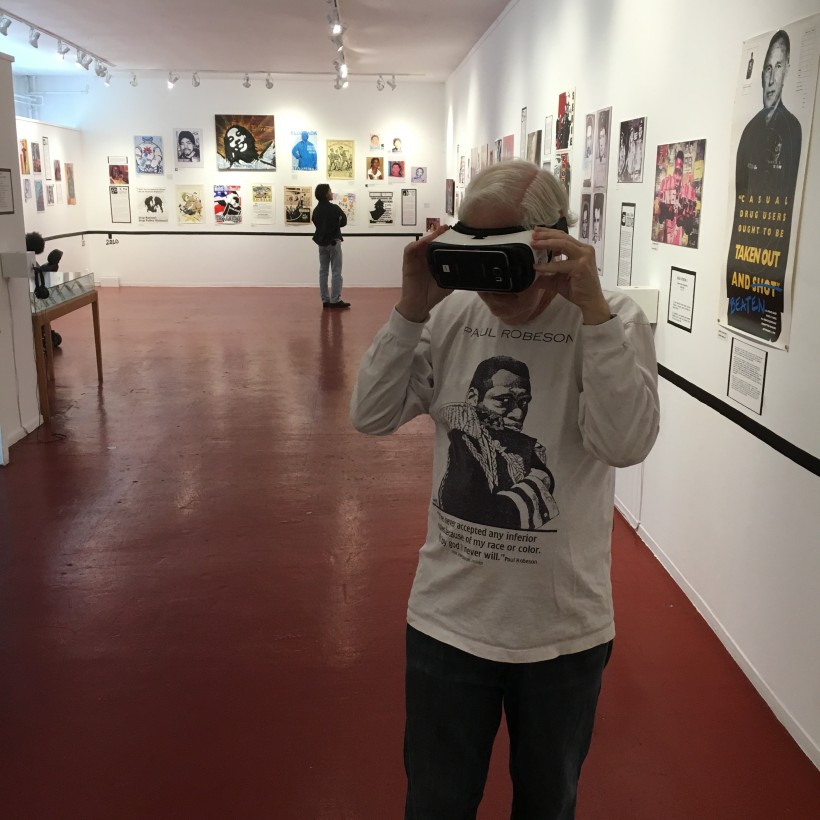 In organizing with UCLA Professor Paul von Blum’s Race, Racism, and the Law course, 6 UCLA students were given the opportunity to participate in a 10-week internship at SPARC dedicated to the programming of VIRAL: 25 Years from Rodney King. In their final statements, Aboud Kaliounji, Anthony Elder, Kimberly Anyadike, Madeline Morrison, Margarita Dreiling, and Samantha Armstrong remind us of the importance of art in the advancing of a political movement. As each share their internship experiences and in light of recent events, it is evident that the conversation does not end with the VIRAL exhibition.

Art has always been a powerful tool to engage with, to respond to, and to raise questions about our current world. SPARC intern Margarita recalls the impact of the VIRAL exhibition on her personal connection to the Black Lives Matter movement:  “SPARC and VIRAL inspired me in becoming personally more engaged with the Black Lives Matter movement. I started to do more research and educate myself more on police brutality by simply reading about it online. This sounds like a minor thing to do, however, I consider it as an important one as I was processing many cases of police brutality from the past, which fell into oblivion.” 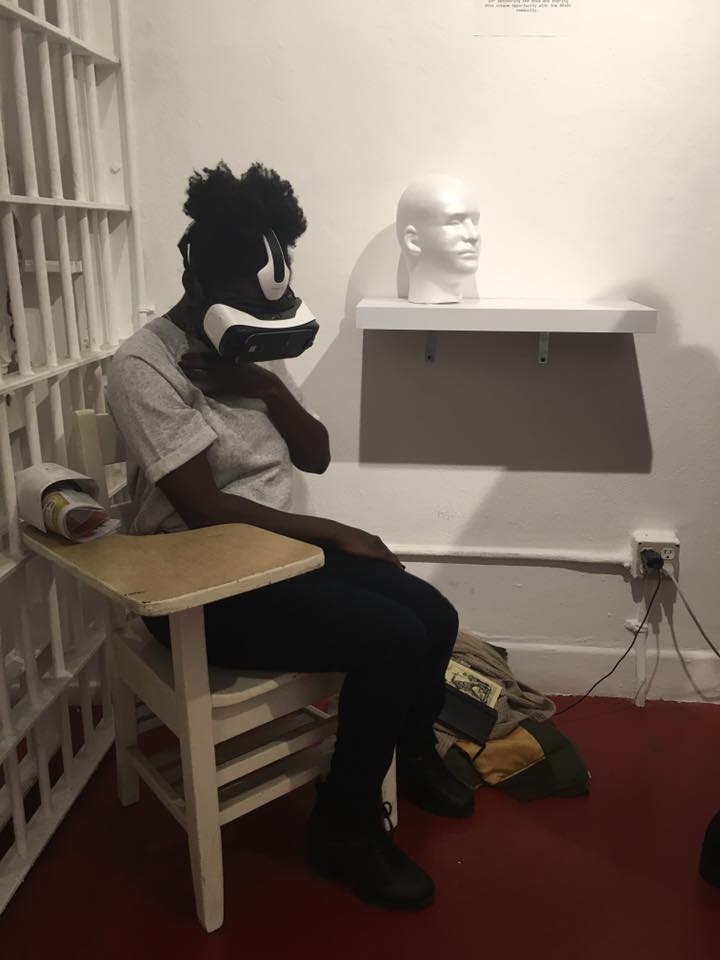 Featured at the 2016 Sundance Festival as well as the Tribeca Film Festival, Perspective 2 was created by local Venice-based VR firm Specular Theory in conjunction with director Rose Troche. This piece presents a police encounter gone wrong from multiple perspectives, immersing the viewer in the heightened emotion and sensory confusion inherent in a tense inner city environment.

VIRAL asks vital questions about systemic racism and its impact on communities of color. It also prompts artists to think about how we illustrate the numbers behind the headlines, ensuring that the victims are not simply reduced to numbers. It reminds us that there is a lived, human experience behind each death. There are unexplored complexities in these issues afflicting the Black community. How do we hold ourselves accountable for humanizing these lost lives, unrightfully taken by power dynamics affixed by racism pervading our criminal justice system? Specular Theory’s Perspectives Ch. 2: The Misdemeanor examines how new technologies, such as a virtual reality (VR) experience, might increase our empathy towards both police and victims. “The virtual reality  experience was interactive and intense,” SPARC intern Anthony shares, “it was a trip to witness how others experienced it as well. I would tell them, ‘There is a gun, four males, two cops and two teens, someone gets shot and your perspective is one from one of [them].’” Another intern, Aboud, recounts a chilling moment with the same VR experience: “One of my most memorable experiences is when a couple came in with their 20-year-old son for his final research paper… The father and son were able to convince the mother to try the virtual reality device because it sends a powerful message. While watching it, the mother went down on her knees and started crying after one of the brothers in the video got shot.” 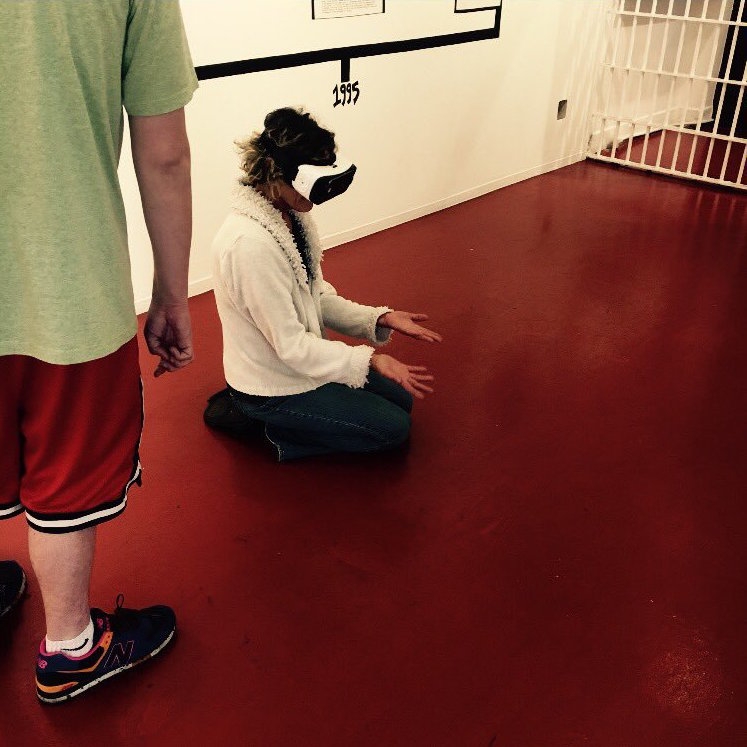 An emotional moment for a VIRAL visitor, a mother, during the virtual reality experience.

Today, we ask ourselves as artists, art educators, and art advocates, how do we address the victims by name and by narrative?

How do we, as artists, art educators, and art advocates, provide spaces for healing and conversation? As a community, how do we encourage dialogue, to transform our rage and trauma into healthy and positive impact? But first, we must ask ourselves if our spaces are accessible across communities. If art acts as a window for new information and ideas, how do we make this accessible? How do we make art spaces more inclusive?  Intern Aboud admits, “Being granted this opportunity as part of a Professor Blum’s African American studies class enriched my quarter and strengthened some of my hidden talents. First, I wasn’t too excited about taking this class just to fulfill my non-science general education requirement.” With a background in Science, Aboud continues, “The SPARC internship made the class much more interesting since I was able to see in my eyes all the horrible incidents that occurred since 1991 and relate them to our topics in class. Before walking into this class, I did not know much about police brutality, racial inequality, black empowerment movement, and all the work that is being done by activists behind the scenes to fight for racial rights and minimize racial violence.”

With VIRAL, curator Daryl Elaine Wells and featured artists created an environment that aimed to amplify the names, stories, and voices of the Black community. SPARC intern Anthony observed, “[The majority of] visitors that came into SPARC to check out the exhibition [agreed] that racial inequalities against people of color do exist, but few people are speaking up.” Although social media brings forth the widespread revelation of social injustices, conversations about violence against people of color are still silenced but Anthony continues to recall the many “students from all around Los Angeles colleges such as Whittier College, UCR and CSUN that [came] to SPARC to use the artwork for their research projects or even earn extra credit.” SPARC has continuously witnessed the impact of conscious art and, since it’s inception, has rooted it’s work in community for this very reason.

In commitment to our role as a community art center, SPARC will always offer a space of healing and conversation for all those who seek it. We will always remain committed to the arts as a way to affirm and celebrate our humanness, to nurture untainted dialogue, to create inclusion.

We here at SPARC stand in solidarity and know that Black Lives Matter. 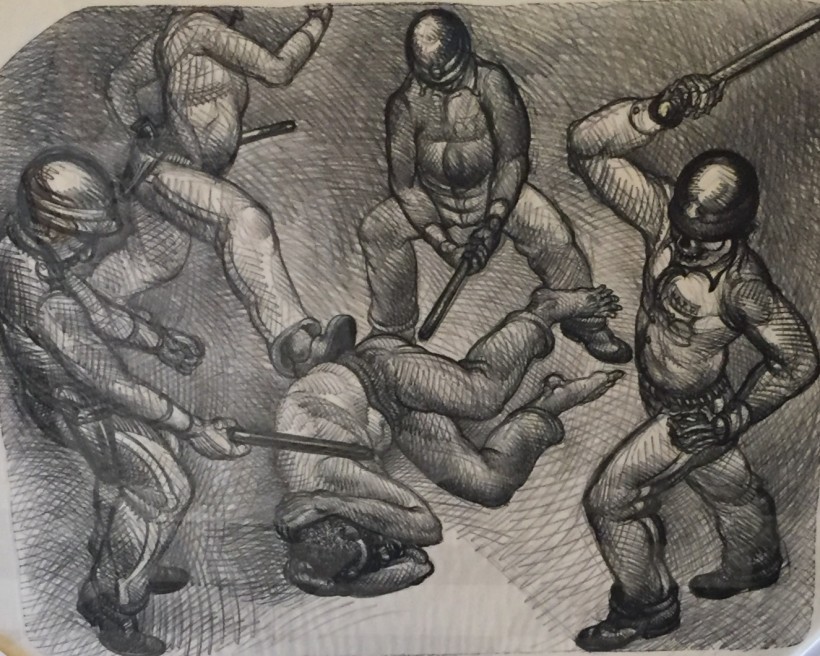 Learn more about the SPARC Internship Program and how you can apply by contacting Office Manager, Elaine Raif, at 310/822-9560 x110 or elaine@SPARCinLA.org