Olabisi is a muralist whose work deals with civil rights.

This history of the Black Panther Party was originally selected as one of SPARC’s Great Wall Unlimited: Neighborhood Pride Murals. However, after opposition and political the conservative City Arts Commission, the mural was turned into an independent project and funded with private donations. The left side focuses on personal and institutional racist violence toward African-Americans. Depicted are images of the Klan and Bobby Seale bound and gaged, as he was during the Chicago 7 Trail of the late 1960s–above him is judge Julius Hoffman who presided in that case. Huey Newton and Angela Davis are also portrayed. The right side of the mural emphasizes the Panthers’ social projects, such as the Free Breakfast Program. From the mural: We want an immediate end to POLICE BRUTALITY and MURDER of Black People! We want land, bread, housing, education, clothing, justice and peace. All power to the people! A special thanks is offered to Hair Expressions and the community for their war and loving support.

This mural has faded and suffered delamination and light graffiti damage. 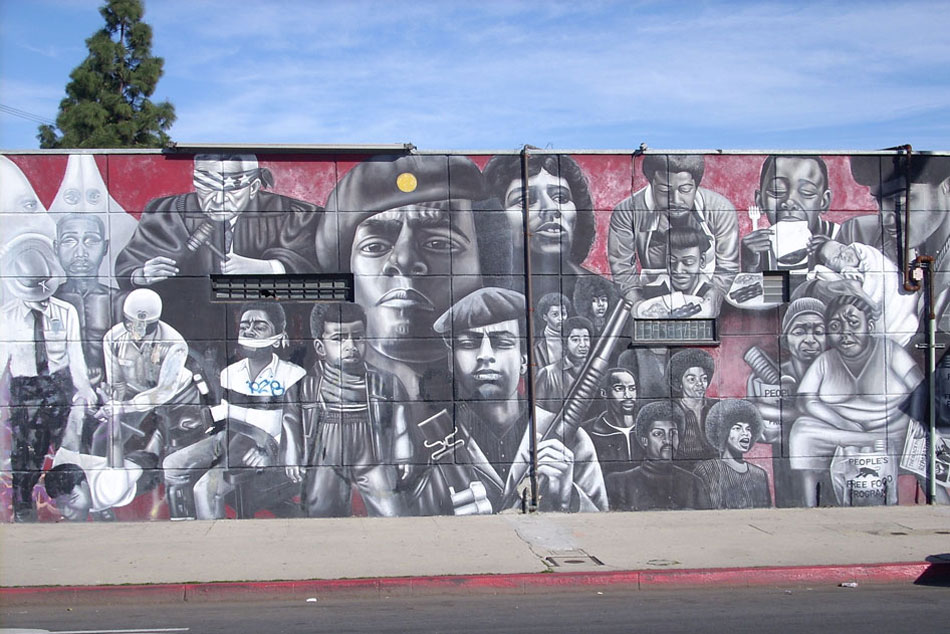 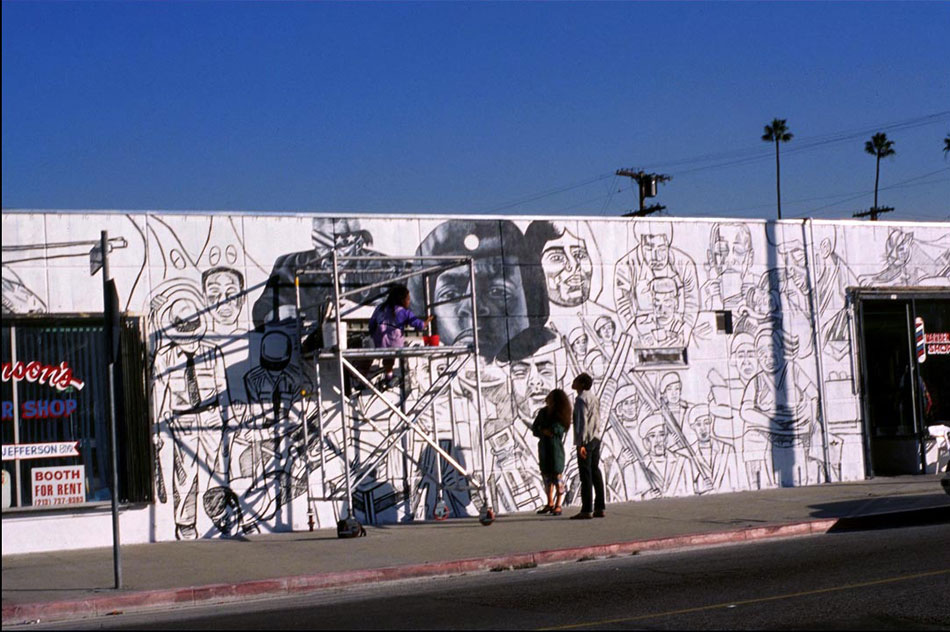 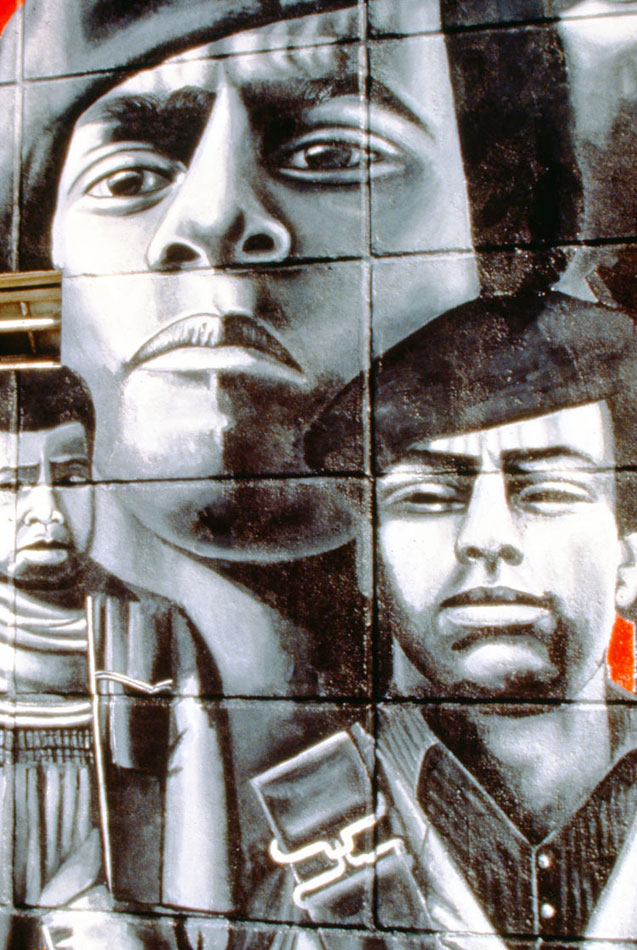 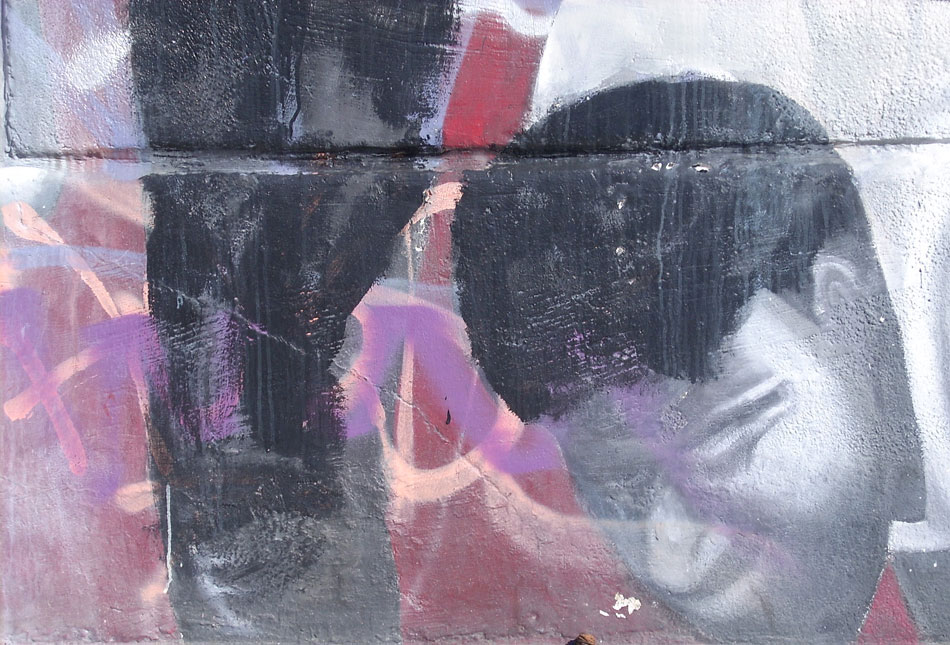 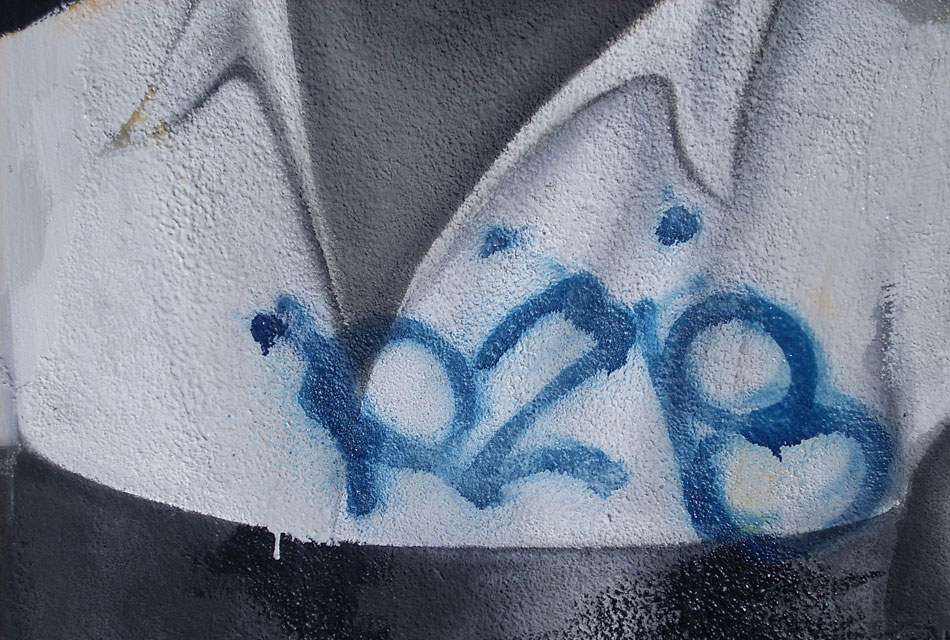 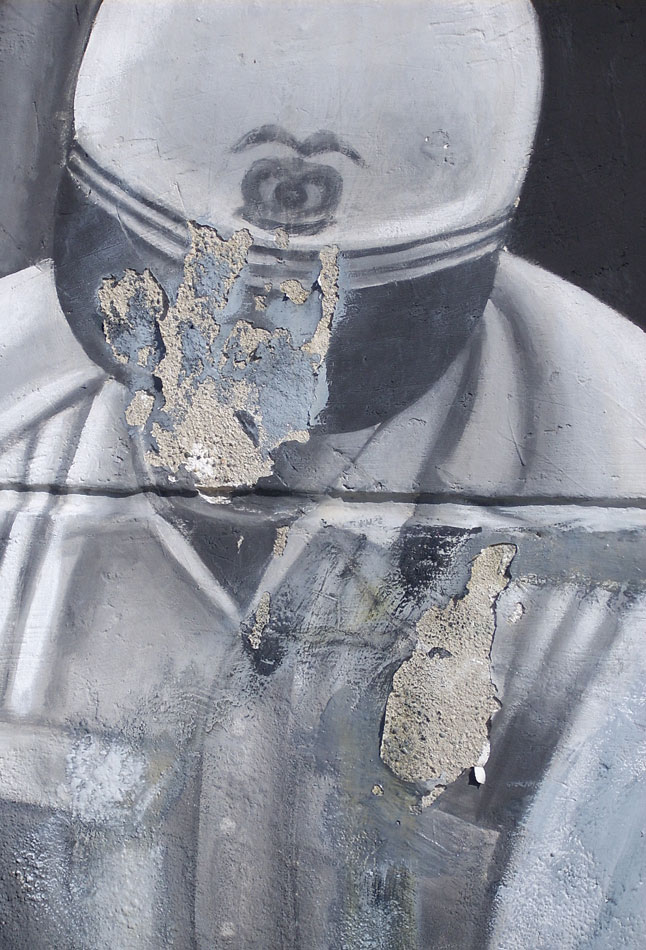 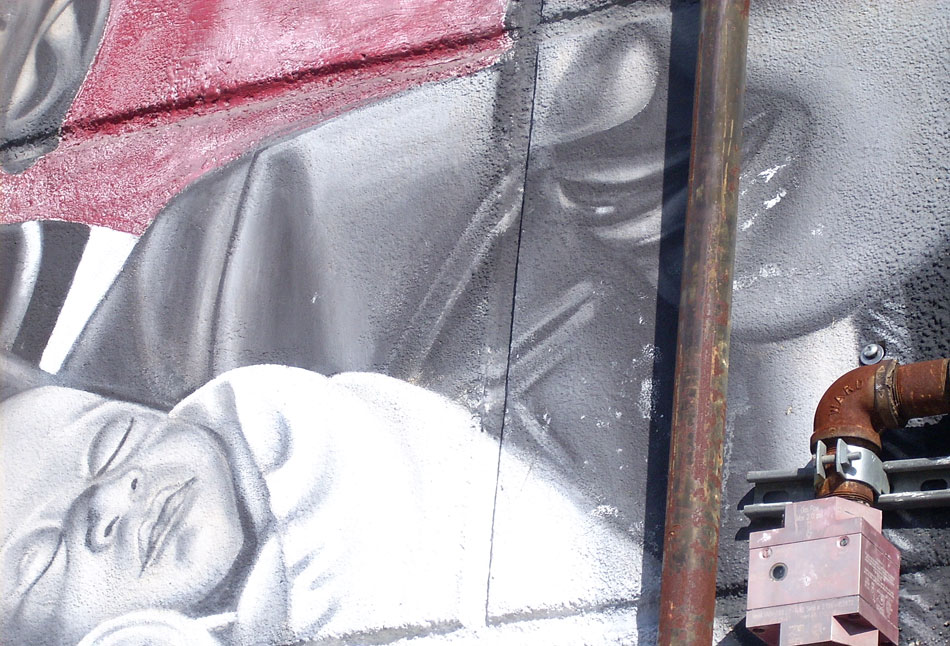 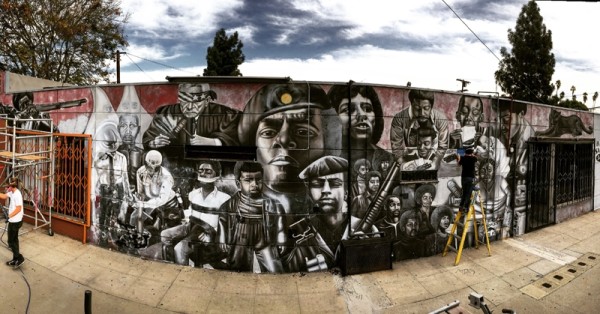 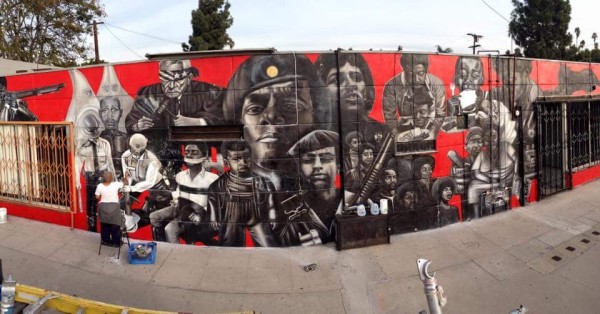 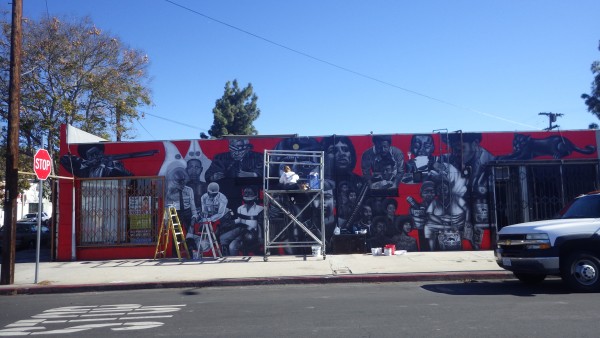 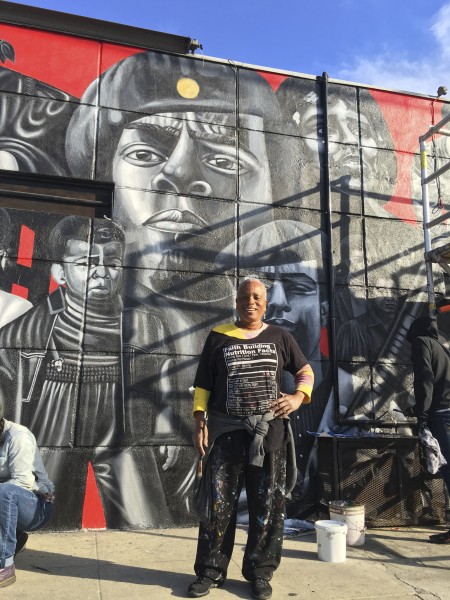 SPARC: Noni, thank you for taking time from your busy painting schedule to answer a few of our questions. Your mural, “To Protect and Serve” is known as one of the most powerful artworks of the Neighborhood Pride Collection. Since your arrival at the mural, we all have gotten to know on a daily basis how beloved the work is by the local community. We were interesting in knowing what were your most memorable moments while working on the mural back in 1992?

Noni Olabisi: The most significant moments that influenced me were the many shared stories from the community, of what this mural means to them. Now that I am working on the wall, I have received so many hugs welcoming me back!

SPARC: What are you looking forward to most during the conservation?

Noni Olabisi: I hope to have enough time to complete the conservation of the mural to the best, the VERY BEST of my ability now that I have this great opportunity to work on it. I look forward to giving it my ALL!