Onsite Conservation Report for “Return to the Light” by Charles Freeman

Conservation of “Return to the Light” by Charles “Boko” Freeman 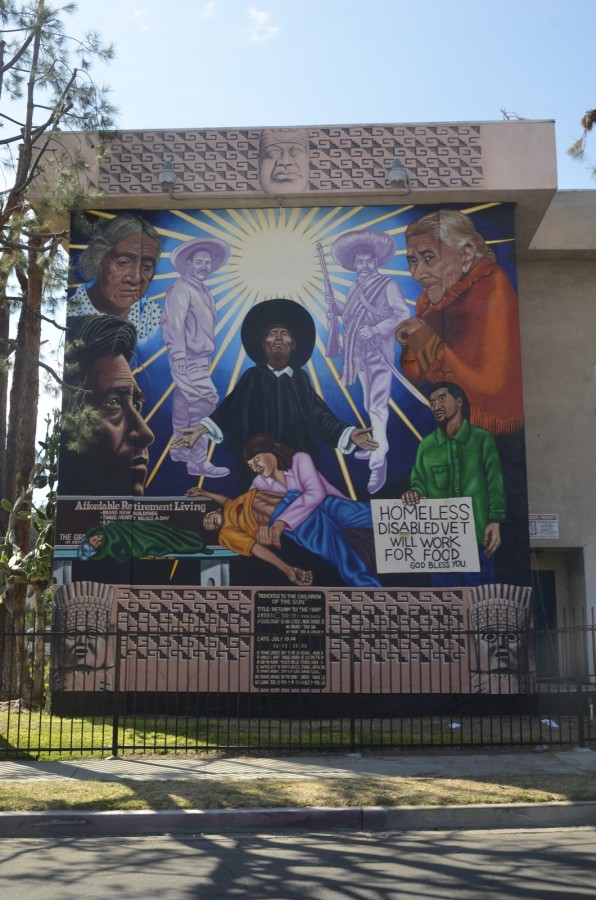 Carlota Park Apartments, the site of the mural, is and has been a home for low income seniors. This site is significant for the mural because it is a facility for those who live on the margins. The mural boasts of some very fine portraits. The tromp l’oeil designs frame the figures in the center of the mural. This mural features very prominent Mexican and Chicano historical figures such as Cesar Chavez, Pancho Villa and Emiliano Zapata. Additionally, the top of the mural is accentuated by an Olmec head. Furthermore, it depicts two prevalent social ills, senseless killing of young people, and homelessness. The shaman in the center represents a healthy state of wholeness. Cesar Chavez represents vision, being focused. The elderly are symbols of rich experience and wisdom. The spirits of Pancho Villa and Zapata are there to signify strength and courage. The mural’s title refers to the role of the spiritual in finding solutions. It was sponsored and commissioned by SPARC.

Our conservation assessments flagged several problems with the mural’s original paint system. The extreme amount of cross-linking and delamination in one specific color was of particular interest to us. We installed a 35’ high scaffold for access to the mural surface. Closer inspection found that in fact this color had been mixed with two colors that are inappropriate for exterior light conditions. The cross-linking had occurred due to UV light degradation of the quinacridone magenta pigment in the quinacridone magenta+phthalo green mixture. Our archival documents and conversations with the artist confirmed these findings.

We applied MuralShield to all of the areas of the mural that did not have graffiti or vandalism. This mitigated any unnecessary pigment loss due to graffiti removal. The consolidation strengthened the mural’s weakened binder and pigment. We recovered an incredible amount of pigment in this process.

Our SPARC technicians went forward with applying mild surfactant and mild solvents to the areas affected with graffiti. We achieved 80-90% removal, with less than 10% of mural loss for 175 sq ft of graffiti. The 10% mural loss was largely due to the highly cross-linked degraded mixed black color. In areas affected by graffiti that was not over this mixed black color, we achieved 95-100% removal with 2% mural loss.

We consolidated the areas previously affected by graffiti. Then the entire mural was re-consolidated and chelated to remove any remaining efflorescence. We achieved nearly a full color restoration in this phase of the conservation effort.

SPARC technicians applied the final MuralShield coatings and acrylic-modified sacrificial coatings on August 25th, 2015. Final documentation was taken later that day after the scaffolding was removed. The completed mural is now protected from future vandalism and deterioration resulting from environmental conditions. 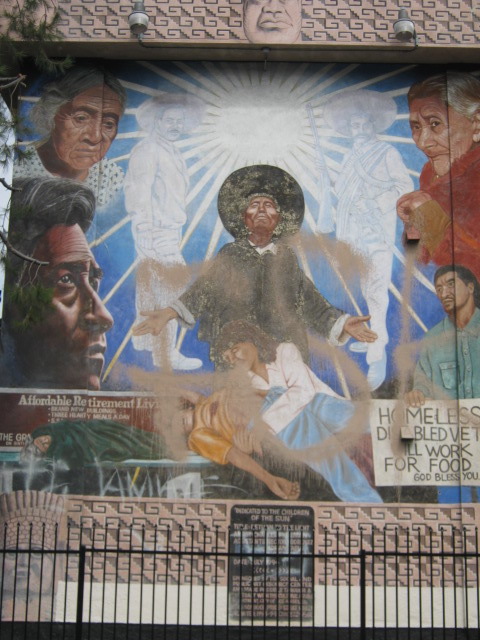 Assessment of damage before restoration 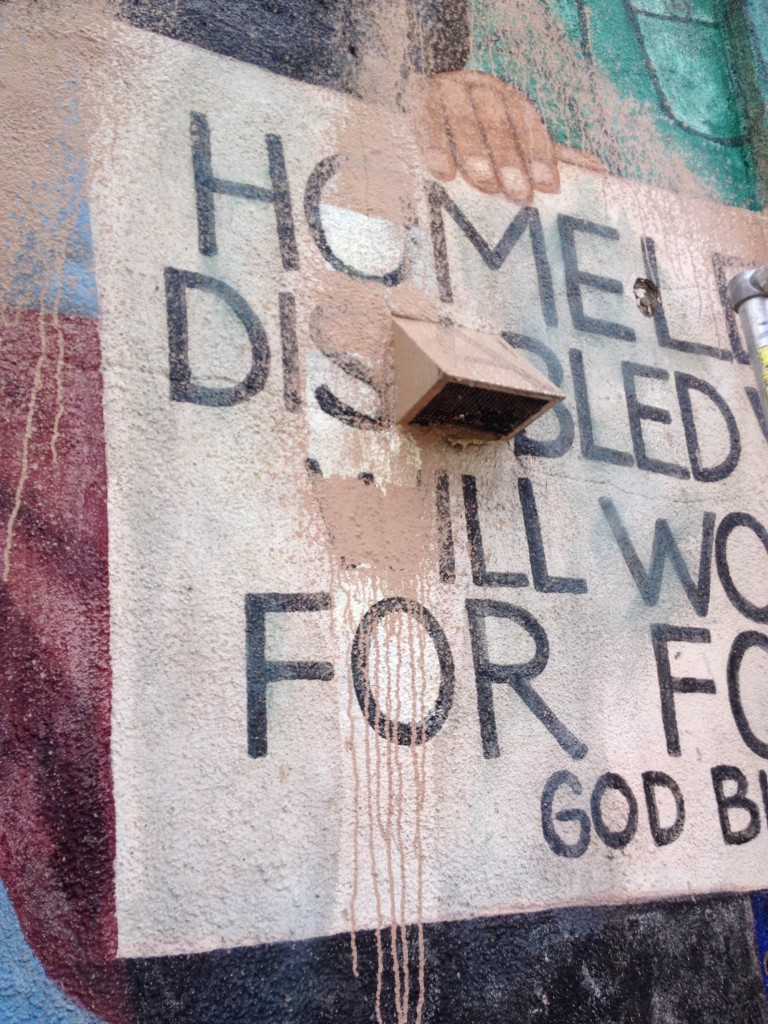 Assessment of damage before the restoration 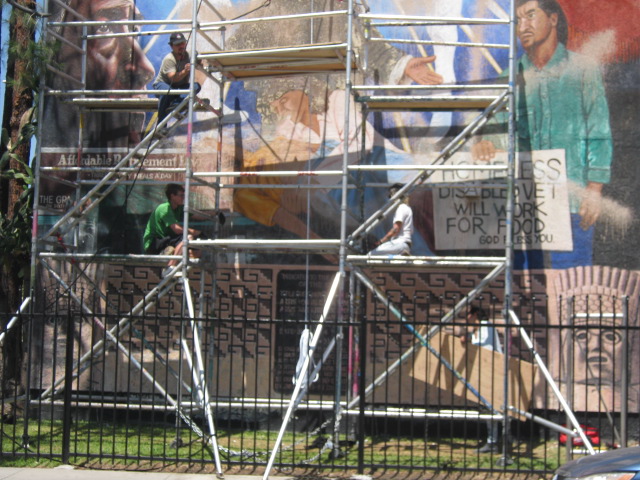 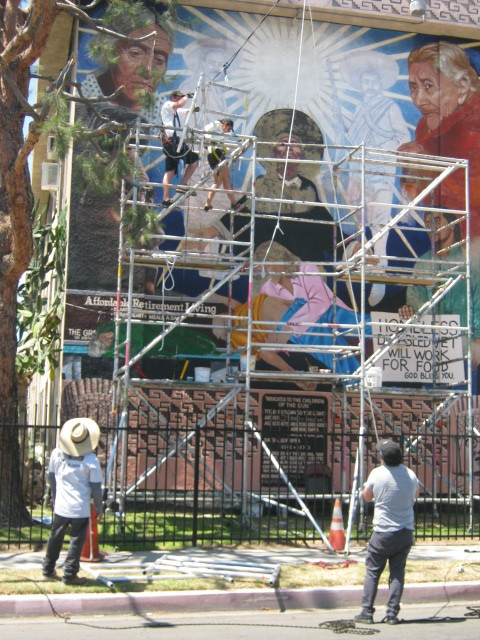 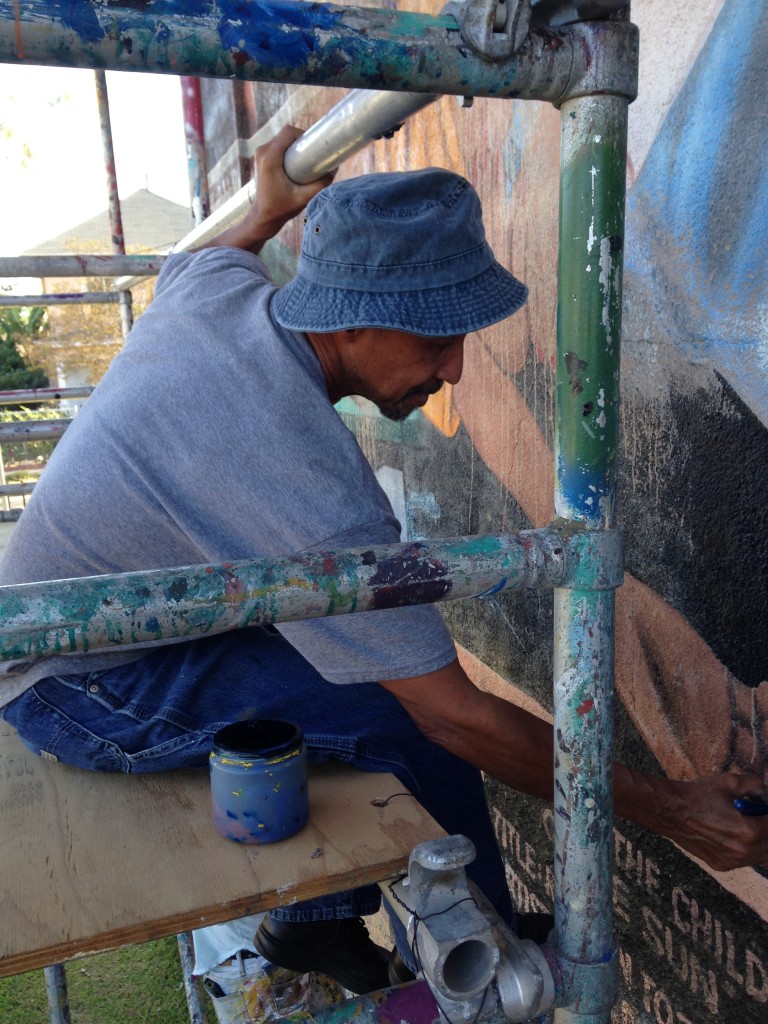 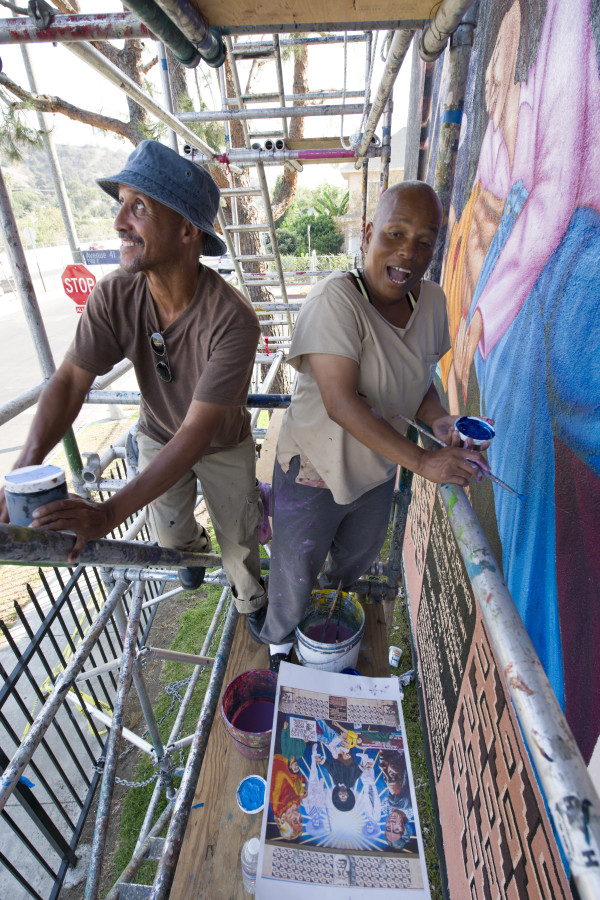 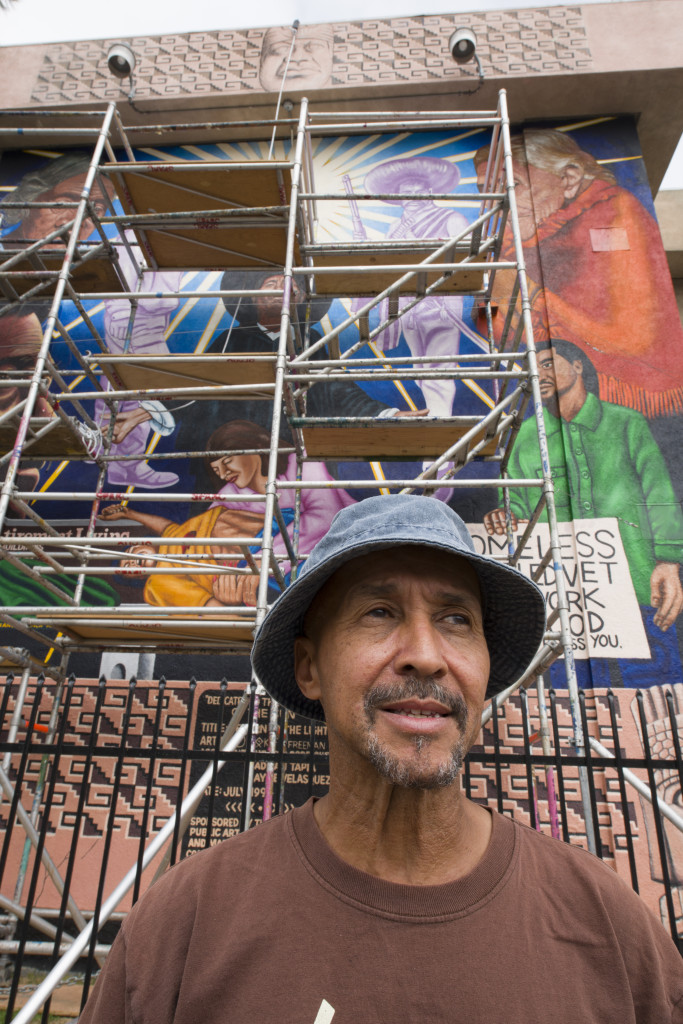 “The subject of the mural is return to the light, which itself is a highly spiritual subject in my view. Because we all are here for a limited time; we have to do what it is we have to do here, which it mainly to learn and to grow, to evolve. And this is an opportunity to do that. So that subject is special to me because we all come from the light, and we all return to the light. I chose certain elements in there to reflect some of the characteristics we need in order to make sure that happens. That is focus and being aware of who we are as individuals and as light bearers and as a result, we have an impact on a community.”

SPARC interviews Charles “Boko” Freeman, muralist of “Return to the Light” about his recent experiences of restoring his mural.

Click Here to return to the Conservation Report Main Page