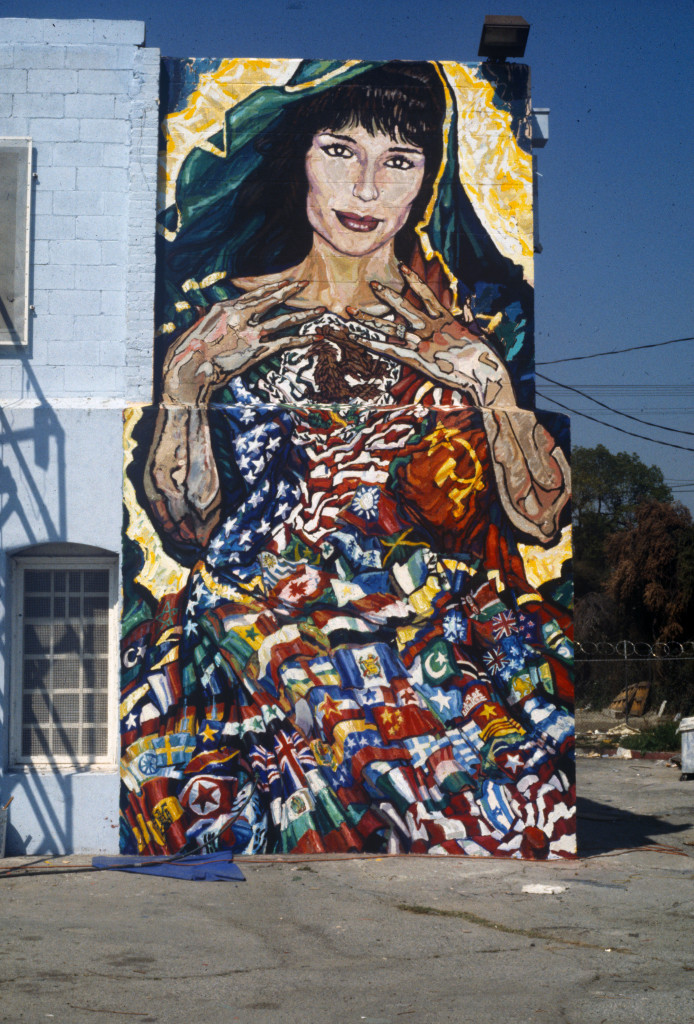 Born in Tijuana, raised in East L.A., and formed by a hard life–of poverty, gang violence and womanizing–Yepes gained an early reputation when he painted with notable artists (Carlos Almaraz, Frank Romero and Gilbert “Magu” Lujan, among others). He then became an instrumental partner in the mural group “East Los Streetscapers” until he left, due to creative reasons. Yepes had painted over 800,000 square feet of social, historical and sacred images onto the façades of buildings ranging from hospitals to churches.His 28 murals are landmarks in Los Angeles, as are the 21 murals that his students of the Academia de Arte Yepes have painted. The Academia is a free program that has taught nearly 1500 low-income students in the art of mural painting for over the last decade.

The mural depicts a veiled Latina holding the flags of more than 100 countries. The title, “Lady of the Eastside” is an allusion to the city’s original name, El Pueblo de Nuestra Señora la Reina de los Angeles. According to Yepes, the model for the mural was Guadalupe Ontiveros’, 32, a student at East Los Angeles College–originally from México. The piece represents a community that has greatly matured, and has become multiethnic.

Mural has been partially painted over and is covered by a temporary wall. 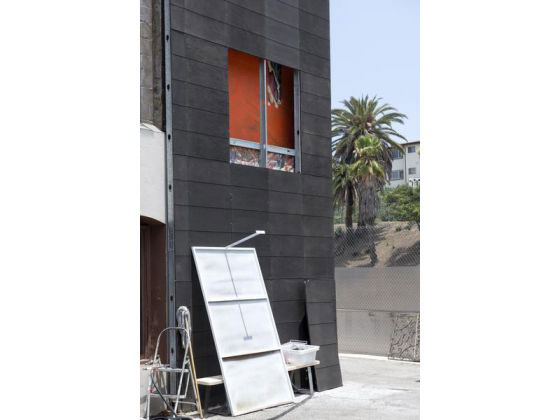 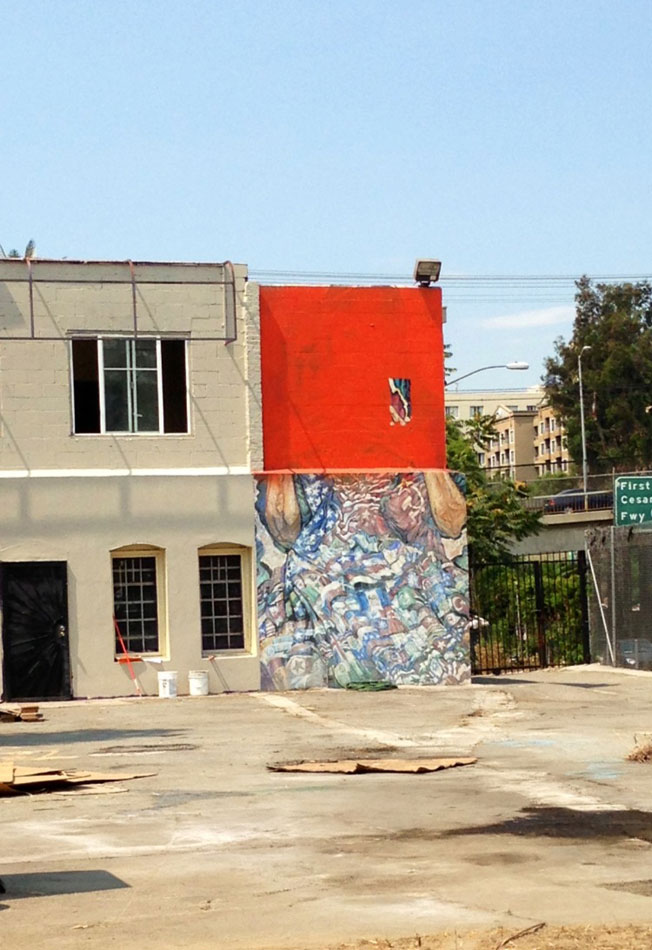 Condition in 2013, with part of the mural painted over.

Current condition with faux wall place over the mural.